Last month Nike, the company I work for made several exciting announcements around initiatives and awareness of the materials footprint in the apparel industry and its relationship to climate change. We publicly released a summary report commissioned through the Massachusetts Institute of Technology that looks into the embedded and often unrecognized energy usage, environmental and climate impacts within common materials used in our industry. This was followed with the announcement that we had entered into a collaboration with the MIT CoLab, (a crowd-sourcing platform focused on climate change) to search for innovative new low impact fabrics and textile solutions. Additionally we updated our publicly available “Making” app, a tool geared toward designers to help them research and compare materials based on metrics like water consumption, chemistry, waste, energy used and greenhouse gasses created during their creation. To top it all off we also publicly made a commitment to the RE100 campaign, at Climate Week NYC to become 100% powered by renewables by 2025!

“Despite the sins of our past I believe the time for tears and guilt are over and we need to shift our focus, utilize our talents and foster a new era for design based on responsibility, accountability and innovation.” — Zachary Elder

As an industrial designer I’m attached to a legacy that hasn’t had the best environmental track record, and has actually helped facilitate many of the environmental and sustainability challenges we now face. Despite the sins of our past I believe the time for tears and guilt are over and we need to shift our focus, utilize our talents and foster a new era for design based on responsibility, accountability and innovation. Hearing these values being echoed back from the leadership of my employer has reinvigorated me as a designer, giving me a renewed sense of purpose. I was so glad to see that we are taking this with an open approach and acknowledging that it’s going to take collaboration across many fields and industries to seed the changes we all need to make. This is truly an exciting and challenging time for design and I’m glad to be part of it.

Image courtesy of The Climate Group 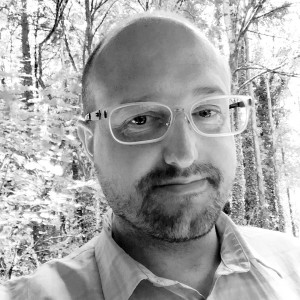