Suddenly Bucky is everywhere. The Buckminster Fuller Challenge, a show at the Whitney, books evaluating his work, and an overview in Wired. What is going on?

The time is ripe for his ideas. Sustainable design was a new concept when he started in the 1930’s, and even by the 1970’s it was part of the creative edge rather than the mainstream. Bucky famously said that he worked 50 years ahead of his time. In that way he didn’t experience a reaction against changing the present.

We live in a reputation economy

If the time is right, what are we to make of him and his work?

Are we ready for mass-produced recyclable housing?

Can we really design to ensure success for everyone?

What are the deep principles underlying his designs?

There are the designs, the commitment to integrity, the lifelong goal of success for all humanity, universal principles, and the realization that Universe is endlessly regenerative. His designs include high efficiency cars, low

flow shower heads, and houses with high performance. He emphasized that “Only Integrity Is Going To Count” and saw what the world is realizing now: we live in a reputation economy.

Bucky taught that universal or generalized principles are true everywhere and every-when. They include not just the laws of physics but also the laws of relationships, and how Universe consists of both physical and metaphysical.

1) The world is not cubical. Use just enough and start the design from the inside out.

2) Excess energy is how systems couple together.

3) This idea can be seen from bridges to graphic designs.

Nature designs in a structured framework

As Bucky said, nature doesn’t calculate pi when she forms a bubble! The forces of nature are relations: they exist between the parts yet not in them. There are universal shapes that occur at all levels of scale.

Design can save the world. Bucky realized that, and gradually we are coming to the same realization. Such designs are centered on needs, suited to the future while respecting the present, and enable individuals. They are tools aligned with universal forces. 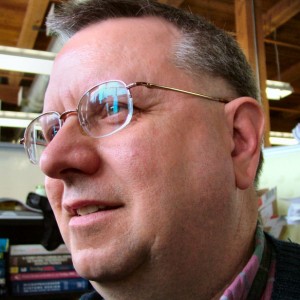 Curt McNamara (PEng) is an educator and practicing designer with over 20 years experience. He is a scholar of R. Buckminster Fuller and authored the entry on Fuller in the UNESCO Encyclopedia of Life Support Systems. Curt received the IEEE Millennium Medal in 2000 for his ongoing work in education, is a Biomimicry Education Fellow, and wrote the Systems Chapters in Sustainable Graphic Design (Wiley) and Packaging Sustainability (Wiley). Curt is based in Minnesota.