[This post is based on excerpts from Re-Aligning with Nature: Ecological Thinking for Radical Transformation]

Many of you who work to create sustainable designs have probably heard something like this before. Maybe all too often, in all too many ways: It won’t work. It won’t sell. It’s too expensive. It costs too much to make. We can’t make enough money off it. It’s not how we do things.

These are discouraging words, but the worst of it is they are often not based on thoughtful consideration or thorough analyses. They are based on a fixed mindset that I call the Conventional Paradigm — the set of assumptions we make about the way the “real world” works.

What are these assumptions? Scarcity, Individualism, Competition, Greed, Resistance, and Fear.

Scarcity: We believe that we need resources, that resources are limited, and that there’s not enough to go around. In a growth-dependent economy based on exploiting finite natural resources, this makes sense.

Competition: We believe that it’s a dog-eat-dog world out there. You’ve got to play the game, and play to win. Even “win-win” is based on an assumption of competition.

Greed: In a competitive world where resources are scarce and you have to look out for number one, greed is an imperative. Our economy depends on it.

Resistance: We rely on predict-and-protect strategies, trust the tried-and-true, and take pride in staying-the-course, even when we know we’re designing and deciding for a future of unknowns and uncertainty.

Fear: The conventional paradigm reflects a paranoid view of the world. If you’re not winning, you’re losing. If you don’t get it, someone else will. We fear the unknown. You may not feel afraid, per se. You may simply worry or stress, feel taken advantage of, or backed into a corner.

What’s wrong with the Conventional Paradigm? Hopefully it is self-evident.

Sustainability, viewed through conventional lenses, pits profit against people and the planet, pits work against life. There are limits and trade-offs. It’s a balancing act, a tug-of-war. Focusing on individual metrics, binary choices, and oversimplified relationships tends — or intends — to ignore the system, ignore what we don’t know, or would rather not know. Unintended consequences are the predictable result of intentional ignorance.

Sustainability is impossible in the “real world”, the world that emerges from the assumptions of the Conventional Paradigm.

Yikes!  What’s the alternative? Read about it a future post!

[Image courtesy of Stefanie Koehler MASD 2013, from the book she illustrated, Re-Aligning with Nature: Ecological Thinking for Radical Transformation] 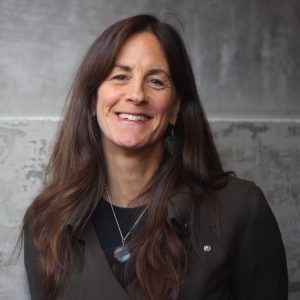