I was forced to wear a bike helmet when I was a kid. Our house was on a fairly busy road and my mom was (and still is) a total safety nut; a bad combination. What she didn’t know is that I tossed the helmet into the woods whenever I got beyond the view of our driveway. I’ve always been somewhat of a design snob so it was inconceivable to allow myself to be seen is such a goofy looking item.

You remember the type? Forget the fact that it was made out of Styrofoam (a TERRIBLE product); it was tacky. The helmet never fit and it made me look like I had a giant bobber on my head. Middle school was hard enough as it was, a kid didn’t need to add any fuel to that fire. Thankfully helmet design has come a long way since the early 90’s. Today, kids get to cruise around in, dare I say, cool looking helmets.

Today designer bike helmets come in every color and pattern imaginable; some are even designed to fit around baseball caps. Although designers have created shapes that reduce drag, reduce heat, and increase protection, an uneven amount of innovation has been focused on form, ignoring function.

The purpose of a helmet is to protect the brain from serious damage during impact. We see helmets everywhere now: on the road, on the slopes, in the water, or in the air. It’s a necessary device, given that even the slightest jarring can cause serious damage to neural tissues even with the incredibly dense protective layer of bone that surrounds the brain.

Although direct impact can be devastating, some researchers point to rotational impact as the silent killer in many injuries. You know those slow motion shots in boxing movies where one fighter gets punched in the face by another, sending his head (and usually a bunch of sweat and spit) in the opposite direction? That’s rotational impact. Because the skull and brain are separated by a liquid membrane, shock to the skull is reduced to the brain by the frictionless coddling of the membrane fluid. The elasticity has its limits, and when the limits are stretched too far the fibers that connect the brain and nervous system disconnect (which is often undetected, and sometimes fatal).

When form follows function
Until recently, most functional innovation in helmets has been focused on the materials used to create the shell of the helmet; basically, we’ve been trying to create a better skull to place over our heads. That changed when Dr. Ken Philips created SuperSkin® which is a layer on the outside of the helmet that acts exactly like the scalp does to the human head (see #5 on Tom McKeag’s A Year in Biomimicry).

Although I can’t prove it, I’m guessing the discovery happened something like this. Dr. Philips was sitting around in his design studio trying to figure out how to make a better bike helmet. As he scratched his head he was struck with inspiration – his skin slid across his skull. “Genius!” he exclaimed. He then went to work trying to convince his design team by explaining that the body has already created a way to protect the brain. He showed them that a layer of skin exists on the outside of the head that shifts (within limits) around the skeletal structure. Immediately they went to work ripping off (aka emulating) the genius of nature.

The Lazer SuperSkin® helmet reduces rotational impact using a flexible membrane that shifts around the structure of the helmet. According to AskNature.org the result is, “a near 60% decrease in impact during the critical milliseconds following a blow, significantly reducing the head trauma and reducing the risk of traumatic brain injury.”

My fashion sense never led to brain damage, thankfully. And with the rise in form that follows function, it’ll be much more likely to see me with a helmet on my head rather than in the bushes.

Reed Robinson (article author) works as a research analyst at Iconoculture, Inc., a consumer trend spotting company based in Minneapolis, Minnesota. When he’s not exploring the motivations behind consumer behavior, Reed can be found exploring the outdoors through a host of hobbies including biking, rock climbing, camping, and fly-fishing. This article was originally posted on Reed’s blog site in April 2011. Reed started blogging in an online course, Biomimicry for Designers taught by Cindy Gilbert, in MCAD’s Sustainable Design Program. 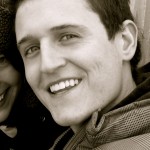