Evelyn Hussain completed a Professional Certificate in Sustainable Design from MCAD in 2012. She is now Design & Innovation Lead at The Silk Initiative (TSI) where she contributes to their publication, TSI Digest. The article below was written by Hussain and originally published in the TSI Digest in January 2020.

Back in June, I wrote about plant-based food being on trend across Asia. The trend curve has grown exponentially, and I’m predicting the trend to continue in 2020. This article is a continuation for the new year.

For years now, various health and environmental groups have been sounding the alarm regarding risks in the world’s consumption of meat. In 2015, the World Health Organization declared processed meat a carcinogen, and red meat as a “probable carcinogen”. Not only that, but meat can also be filled with hormones. Eating it has been linked to an increase in heart disease and diabetes, makes it harder to maintain a healthy weight, and can make one prone to antibiotic resistance, amongst other dangers to health. Additionally, with the human population set to hit almost 10 billion by 2050 according to the UN, a whole lot more land and resources than are currently available on our planet will be required to farm the animals needed to provide for a meat-heavy diet.

Therefore, it stands to reason that eating less meat would not only be healthier for us, but also help lessen our impact on an environment that’s already stressed to the breaking point. But, where can we start cutting corners?

One place is in the alternative meat space. Companies like US-based Beyond Meat, Impossible Foods, and China’s Whole Perfect Food are starting to gain traction with their plant-based meat alternative offerings.

Valued at $6.8 billion, 10 year-old Beyond Meat first hit American shelves in 2013. Their meat alternative products—The Beyond Burger, Beyond Sausage, and Beyond Beef Crumbles—are mostly made from a pea protein isolate and plant-based oils.

Fellow vegan competitor, Impossible Foods, currently worth $4.8 billion, has also made major waves around the world with their Impossible Burger. It has become so popular that famous restaurant chains have made the heme, or soy leghemoglobin-based patties — which even “bleed” like real beef.

Both these alt-meat giants have their sights set on China after having impressed attendees at various trade shows in the country. China, according Bloomberg, which makes up 28% of meat consumption globally and contributes tremendously to the $2.7 trillion global meat market, can only produce one quarter of the meat it consumes. It simply isn’t a model that can be sustained for long.

With the Chinese Government’s 2016 plan to halve the country’s meat consumption, the Sino-US trade wars pushing up the price of meat, and the recent African Swine Fever, the stage seems set for plant-based companies to battle for space and dominance. However, according to Reuters, they will face stiff opposition from homegrown businesses such as Zhenmeat, Starfield, and long-time player, Perfect Whole Food.

Based in Shenzhen, Perfect Whole Food boasts annual sales of $44.6 million from its over 300 products, including faux bacon, abalone, hamburger patties, and sausages. Keen on challenging its Western rivals, it was one of ten Chinese plant-based food manufacturers to be featured at Meat Fest in Shanghai this year, an event organized to promote a healthy lifestyle based on alt-meat.

Chinese restaurants have long featured healthy menus consisting of tofu, seitan, and mock meats. In short, the market is no stranger to plant-based meat alternatives. China’s vegetarian and vegan recipes date as far back as the Song Dynasty and its plant-based meat alternatives are currently quite similar to what the Western brands have to offer. Alt-meat manufacturers, up till recently at least, tended to have a greater appeal with the Buddhist and vegan communities.

Thus, with the trend-loving Chinese becoming more health and environmentally conscious, the potential for success is great for these alt-meat companies as they become bolder and more experimental with their offerings.

The proof is in the proverbial pudding. Over the past six months, we’ve seen a sharp increase in the number of new companies in the alt-meat space. There have also been several existing agricultural companies expanding their portfolios to include mock meat. The central Government, for its part, has also joined the fray. The first national symposium on standards began exchanges from various stakeholders on where to take the industry. For a sector Euromonitor estimates to be worth US$11.9 billion by 2023, the time is certainly now to get everything in order. 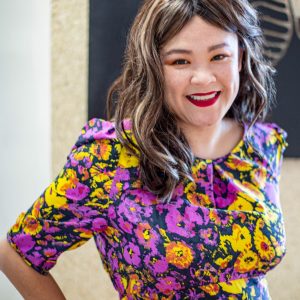 Evelyn Hussain is the Head of Innovation and Design at The Silk Initiative – an insights, strategy and innovation consultancy based in Shanghai, China. Since graduating from MCAD in 2012, Evelyn has pursued her Master in Business Administration at University of Exeter Business School in Exeter, UK. Her MBA focuses on sustainability, working closely with the Ellen MacArthur Foundation to inspire a generation to re-think, re-design and build a positive future circular economy. Her current passion is to innovate and bring healthy foods and wellness products into the Asian region.