Even before I opened my eyes I knew I was screwed. Opening them only confirmed it.

The guy I was traveling with had drugged and robbed me of everything I had. I was in a dangerous city in a foreign country, didn’t speak the language and now with no passport, travel visa or money. And of course, he left me with the hotel bill for the room we had been sharing for almost a week.

The next two weeks were rough.

The challenge was I could not leave the country without proving when I arrived, as the country required an entry Visa from Americans. Yep, I was screwed. How the %&#* was I going to get out of there? My plane tickets, which proved when I arrived: stolen. My photos with day and time stamps on them: stolen.

I had almost nothing.

In fact, the only part that went smoothly was my visit to the US Embassy. While were waiting weeks and even months for supporting documents to arrive from the States for lost or stolen passports, I walked out with my new one within two hours. Thanks to the photocopy of my original passport I managed to hide from the thief. But without my travel visa, I was completely lost. As was my dream of a life-changing backpacking trip, spent exploring some of the world’s most exotic and remote areas. And it had barely begun. I was hungry, out of money and ideas.

Then one day, sitting on the beach in complete despair, I remember thinking to myself, “Stefan, the choice is yours: you can leave either hating or loving Brazil. Which is it going to be?” I chose the latter.

So I got up, brushed off the sand, and headed to the nearest phone booth and called a Brazilian friend I had met the night before I was robbed. She insisted I stay with her while I arranged to get money wired to me from my family in New York. As soon as the money arrived, and knowing it would take the Brazilian authorities another week or two to get my papers in order, I walked straight to the nearest travel agency and said, “Please send me to a really beautiful part of Brazil for a week.” The travel agent looked a bit confused with my vague request. But she did well, sending me to an incredibly beautiful part of the country. A couple of weeks later, as I was sitting in my airplane seat on the tarmac about to leave Brazil for the next leg of my trip, I said to myself, “Wow, what a wonderful and crazy adventure. How I love Brazil!”

7 tips to get your ideas flowing

Usually one or more of these tips breaks you through almost any impasse you may encounter. I know, because these days when working with entrepreneurs deep in their funk, I tell them about my Brazilian adventure from 1998. And how that experience has served me greatly over the years. Whenever I am out of ideas, I say to myself, “If I can get through that, I can get through this!”

And so far, I have always been right.

Since 1987, Stefan Doering (article author) has been pioneering new approaches to environmental business and sustainability. After starting one of the first green retail businesses in the country and growing it to one of the largest, Stefan has worked with hundreds of green businesses as well as teaches green entrepreneurism for MCAD’s Sustainable Design Online Program and Columbia University. Stefan has been featured on the CBS Evening News, Good Morning America, The New York Times, Wall Street Journal, Bloomberg TV, and dozens more. This article was originally published @bestcoachesinc.com in March 2012. Light image courtesy of Flickr CC @maureen lunn 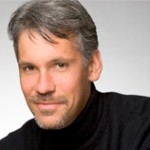