Jeremy Faludi asks Alex Steffen: What would it take to make a city carbon neutral? As Co-founder of Worldchanging.com and editor of Worldchanging: A User’s Guide for the 21st Century, author and optimist ALEX STEFFEN is known for his bold ideas on ways we can shape a more sustainable world. His new book in progress, Carbon Zero, envisions how cities of the future could be prosperous without contributing to climate change. Jeremy asked Steffen to share his thoughts on what it would take to make a city carbon neutral.First, let’s talk about transportation. What are your favorite tools or strategies that cities can use?AS: Well, one thing I’ve learned that’s really shocked me is the degree to which transportation planning in the U.S. is really traffic planning. Even progressive cities like Seattle have a sub-department that is about everything else but cars. They don’t have any integrated strategy at all. The traffic modeling software used by the planning commission for the five-county metropolitan area here doesn’t even account for pedestrian trips or bicycle trips, and only does a one-to-one swap for transit and cars, which we know isn’t the way the real world works.

If we’re talking about transportation, the best thing a city can do is densify as quickly as it can. That needs to be said every time this issue comes up, because it’s the only universal strategy that works. That’s the best-documented finding in urban planning—that as density goes up, trip length goes down and transportation energy use goes down. The main question that nearly every city in North America needs to address is how to densify quickly. Once people are grappling with that, though, there are other things people need to do to make that work: making neighborhoods walkable, with green spaces, street life, mixed-use zoning and other qualities that make a place livable. If you have density without that, you just have vertical suburbs.

How you get density is different depending on whether your city is growing or declining. Most cities in the U.S. are growing because the country is having one last population boom. The biggest thing growing cities need to do is minimize barriers to development so that as long as someone is doing good urbanism, they can get permitted quickly and get building quickly. In a lot of places, one of the most expensive parts of building a new building is the delay caused by permitting, public process, etc. Places that have done a really good job, like Vancouver, basically set a high bar for what will get passed, but once you’ve passed you’re good to go, there aren’t delays. I think that’s one of the most important things, because we know there’s already a giant pent-up demand for urban living space. We want to provide that urban living space—but that requires building on a scale we haven’t seen in 40 or 50 years.

What are the best strategies to fill cities with carbon-neutral buildings?

In most places, the process of land use planning and infrastructure planning is broken—even if it’s working well in most ways, it’s broken in the slowness with which it grapples with change. In quite a few cities, most civic engagement is mostly a matter of fighting development, people saying, “not in my backyard.” Even in cities that are doing good planning, it tends to be marginal and incremental and take decades to come to fruition. There are a number of cities that have fast-track permitting for green buildings.

Vancouver has explicit policies about setting ambitious policy goals and strict building standards, but then really expediting any projects that exceed it. A lot of cities will need to embrace that. We have a lot more to lose by changing too slowly than by changing too quickly. We know enough about how to legislate good urban design that there’s no excuse for not picking up the pace.

I think people are frustrated because all these things are such large-scale issues that people feel they can only be solved through complicated bureaucratic processes of city governments, which have glacial paces. What can we do about that?

One of the most unfortunate side effects of the urban activism of the ’60s and ’70s is the belief that development is wrong and that fighting it makes you an environmentalist. We know that dense cities are both environmentally better and dramatically more equitable places. Walkable neighborhoods are better than the suburbs for people with a wide range of incomes, and what happens in cities that don’t grow is that they gentrify and poor people are pushed out. Trying to fight change makes you less sustainable and more unfair.

I think we need to acknowledge that not everyone will be happy with the results. But you need to be able to charge ahead anyway. I really admire Janette Sadik-Khan, the commissioner of the New York City Department of Transportation. One of the things she’s great at is that when there’s an idea that’s understood to be workable and good because it’s worked elsewhere, and with the amount of basic vetting needed to show it won’t have unintended consequences, she goes ahead. She just makes changes, rather than submitting things to lengthy process. The most famous thing she did was Times Square, making it a pedestrian plaza. She didn’t put it through a five-year plan, she just did it. Same thing with a ton of bike lanes, bus rapid transit, etc. She doesn’t get bogged down in debate about things. We need more leadership like that. She’s had opposition—some people haven’t liked what she’s done. But most people really do like it, because it works.

In almost all city governments in America, the small group of people who don’t want change are able to block change. Sometimes these people block change for good reasons, but much of the changes we need, that will improve cities, also get blocked—which is a loss for everyone involved.

How do you streamline the hearing process but still allow people’s voices to be heard? For instance, when the big-box store wants to move in that would kill local businesses, how do people have recourse against that?

My experience is that, in most cities, the planning process isn’t used primarily to block things like that. It’s used primarily to block things like extensions of transit, affordable housing, large residential projects, etc. There are bad projects, and people have every right and duty to block them, but most NIMBY opposition isn’t to stuff that’s actually bad, it’s just to stuff people don’t like because it’s different. And I don’t think the public has a duty to listen to the same arguments again and again and again. I think once officials are elected who have a clearly articulated agenda, they should just go do them. There are converging approaches that are designed to involve more people in the process, change the process itself. Some of this is in the Government 2.0 movement of better data transparency; some of this is in open-source planning, etc. Most of the process in most cities I’m aware of is de facto exclusionary because you can’t participate unless you can take time off in the middle of your workday to go to the hearings. So you end up with wealthy NIMBYs, public officials and developers, which isn’t a very good mix. Putting pressure to change those systems, for civic revival, would greatly help.

So you’re arguing not for shutting down public hearing process, but for letting cities decide on projects by whole classes of projects rather than individual cases?

Yes, exactly. You don’t get the pace of change that’s needed out of case-by-case evaluations. If you’re willing to make tough choices right up front, we know it’s possible to do a lot of this stuff without taking away anything that people love about their cities. In fact, we can add value to people’s neighborhoods.

There’s a great plan for the city of Melbourne, which they presented at TEDx Sydney. The city’s growing quickly, needs to add a million people over the next decade or two, but they don’t want that to be sprawl. So they took a digital map of the city and blocked off everything that’s currently single family residences, everything that’s a historical building, everything that’s green space, working industrial land, and other things people are vociferous about valuing. That left a fairly small percentage of land. But they showed that if they concentrated density in those corridors, they could add a million people without expanding the city at all, and it would add all these benefits, like better public transit and such. You can dramatically increase the density of places without taking away things people want—and actually adding things they want but couldn’t afford today—because the average suburb isn’t dense enough to financially support a tram or the like. But if you add a dense core that can support that, suddenly even the people around it, in their single-family homes, get the benefit, too. I call that “tent-pole density,” where extremely high density in a small area brings up the average for a whole neighborhood, even when the rest of the neighborhood doesn’t change. I think it’s a really important concept, one that most people don’t get.

We’ve run out of time for incremental approaches. For carbon-neutral cities, there are things worth talking about in how our consumption patterns can change—sharing goods, etc.—but those are a fraction of the impacts of transportation and building energy use. If we need to choose priority actions, the most important things are to densify, provide transit, and green the buildings.

This article was originally published by Momentum in Winter 2012. Image courtesy of Flickr CC @Malinky. 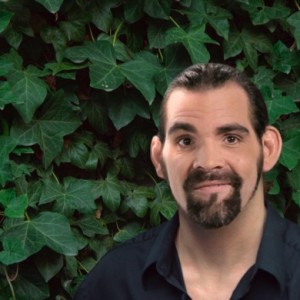 Jeremy Faludi, Ph.D., LEED AP BD+C, is a sustainable design strategist.  He is an assistant professor at Dartmouth College and has taught green product design at Stanford and elsewhere.  He has contributed to six books on sustainable design, including Worldchanging: A User’s Guide for the 21st Century, and co-authored the Autodesk Sustainability Workshop.  He prototyped the first version of AskNature.org for the Biomimicry Institute, created the Whole System Mapping sustainable design method, and a bicycle he helped design appeared in the Smithsonian Cooper-Hewitt Design Museum’s 2007 exhibit “Design for the Other 90%”.